Montevideo (Uruguay) has become an ideal destination for Argentines who want to make a getaway weekend, or to take advantage of holidays in the country. The capital of Uruguay and Buenos Aires, the Argentine capital, are within easy reach of each other. If one could draw a straight line it would mean about 200 km away. However, the capitals are separated by the Rio de La Plata, nothing more and nothing less than the widest River in the world. How to go to Montevideo from Buenos Aires? What is the best way to cross the Rio de Plata?

The possibilities are various, and the final choice will depend on the budget and the time that you want to invest. You have three ways to go and to analyze what is the most suitable option for your trip.

How to go to Montevideo from Buenos Aires

The plane is the fastest way to get and the most expensive.  The airline that more direct flights has and regularity is Aerolíneas Argentinas. Other companies that fly with less frequency are Alas Uruguay and the recent Amaszonas Uruguay.

The direct journey lasts between 40 and 50 minutes and there are flights from AR$ 2,465. You can click here to find cheap flights to Montevideo.

It is the most common way in which tourists travel. There are four companies to cross the Río de la Plata by ferry: Buquebus, Seacat Colonia, Colonia Express and Cacciola. 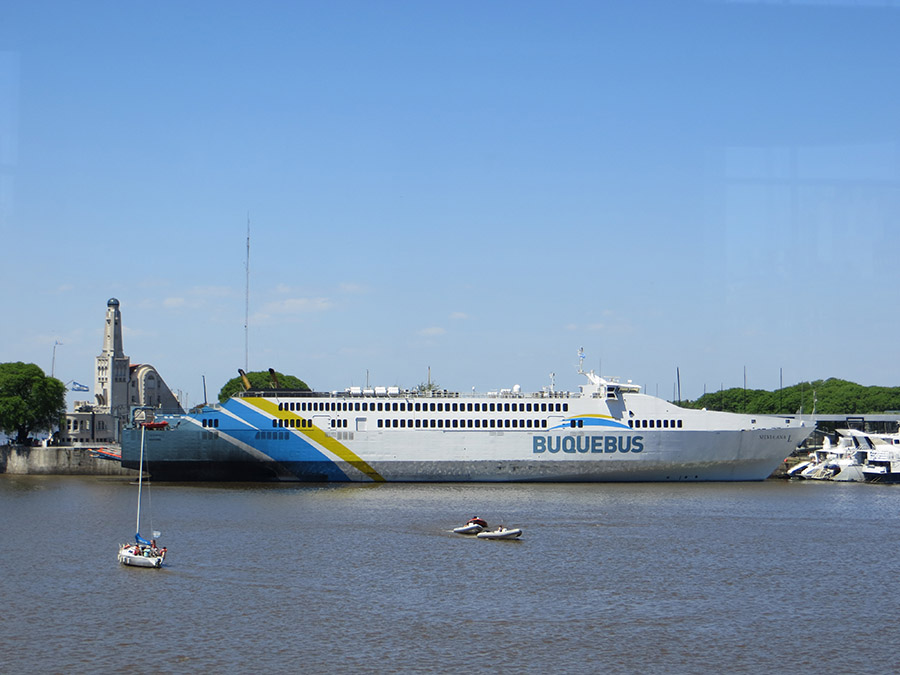 Also you can get by car or bus. These are the choices that takes more time to arrive.