My name is Diana Schrok from the Blog Historias Da Di and I had the honour to be invited by the chain of hotels Dazzler for two of its hotels in the city of Buenos Aires and share you some tips about the city: Top 10: Places to visit in Buenos Aires! You can read here the posts about the Dazzler Recoleta and the post about the Dazzler Polo.

I spent 4 days in Buenos Aires and now I understand why all the fuss about this charming capital. Buenos Aires really has an air of old continent, all very well organized and clean. Besides this it has many sweet of milk, meat, wine, tango, alfajor and football! It is so difficult to resist!

Now I’m going to tell you what I think are the 10 best places to visit in Buenos Aires.

1) Enjoy the Bohemian atmosphere of the neighborhood of La Boca

For those who know and love Lapa, the most Bohemian district of Rio de Janeiro, I also love the neighborhood of La Boca! The informality that is characteristic of the regions more humble, but very much alive, full of history and tradition, love up to the coldest of beings. 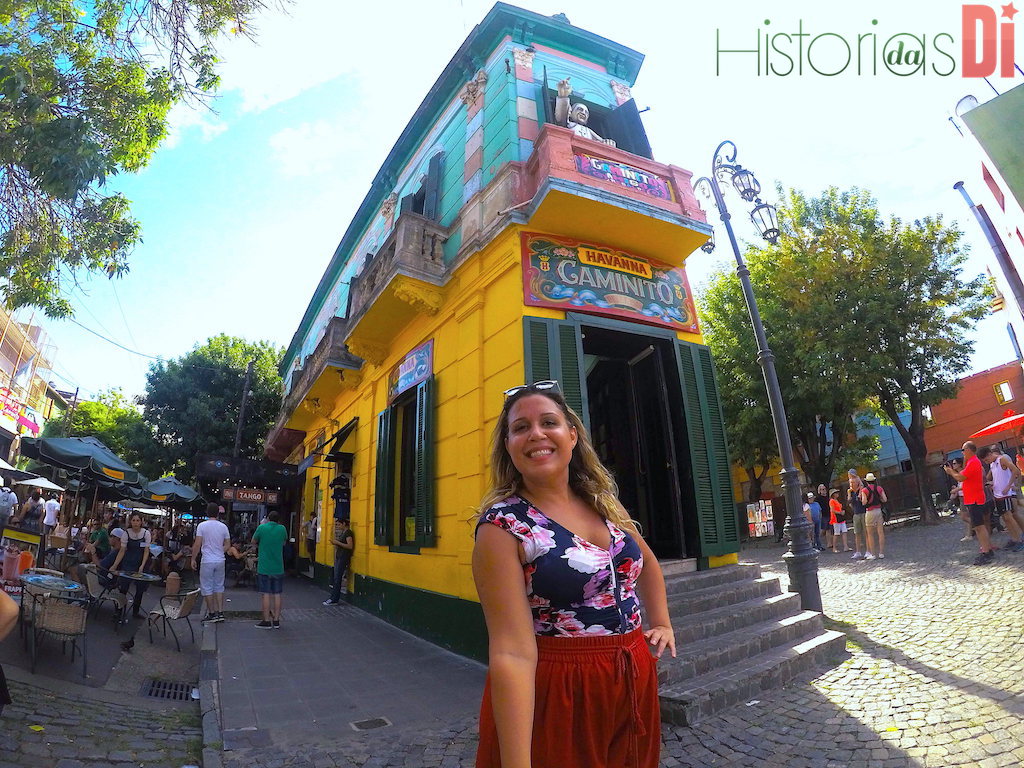 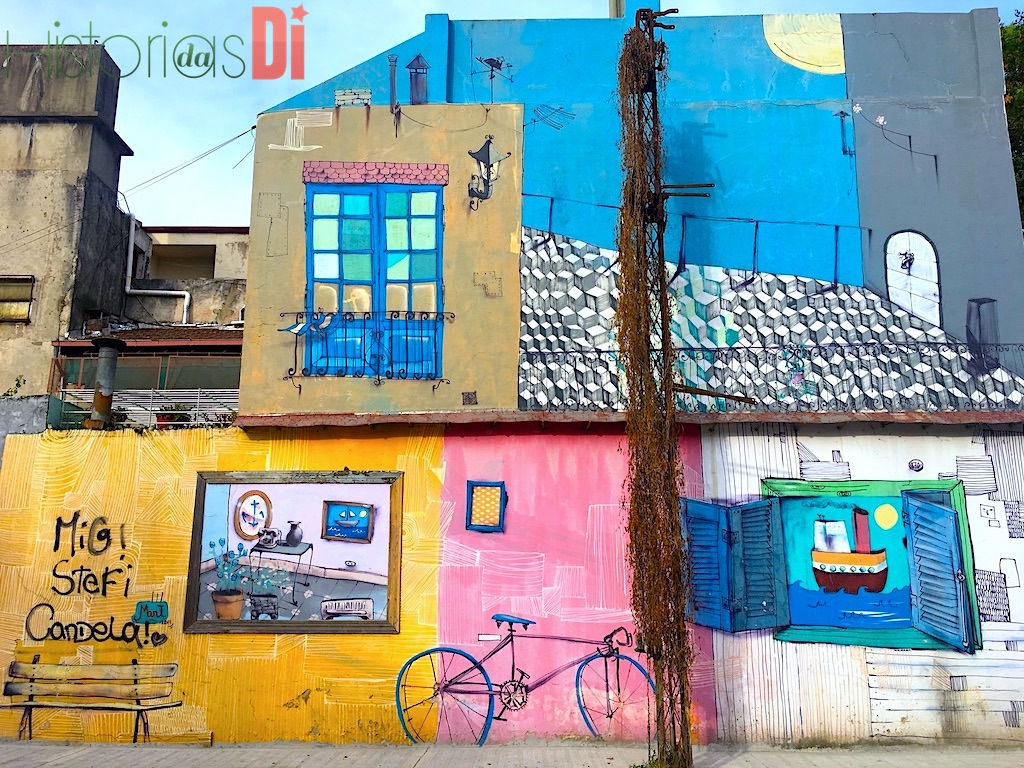 I felt very drawn to the colorful streets of the neighborhood. The most famous area which is called “Caminito”, consists of a main street. Caminito was the first port of the city area and was populated by Genoese immigrants that the extra cans of paint from ships used to paint their facades. Because of this, every wall was a different color. For me this is an example of how to make the best of the worst, the Genoese took their economic difficulties and transformed them into colorful facades!

The typical houses were in precarious conditions. Today, some of them were transformed into souvenir shops and workshops, becoming El Caminito in a open air Museum.

In addition, it shows the overflowing joy of the region with its cafes and restaurants, who perform traditional music and tango shows.

The most famous corner is the store of Havanna. In front of this building always dance couples with typical tango clothes and it is possible to take with them the typical touristic photo.

Additional attractions in the area include La Bombonera, Boca Juniors soccer team Stadium. It is host several matches in the Libertadores. 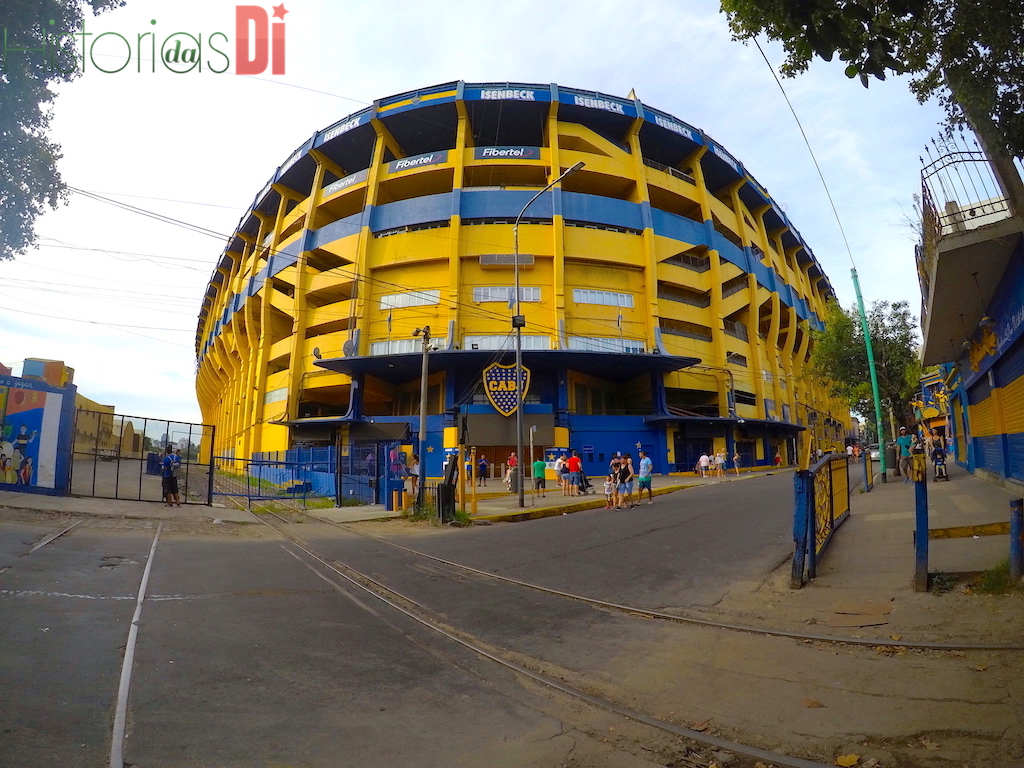 I recommend to spend at least 4 hours in the place, take a Quilmes (a beer) and enjoy the environment.

2) Stroll along the waterfront of Puerto Madero

As the neighborhood of La Boca, Puerto Madero was a decadent, poor port area. Then a group of investors decided to revitalize the area, which has been completely renovated and today presents itself as one of the richest neighborhoods and frequented by tourists.

I recommend a ride there and walk calmly admiring the landscape, feel the breeze and take a few good drinks, wine or beer in one of the many local restaurants. District highlights the Women’s Bridge and its modern Skyline.

3) Enjoy the parks of Palermo

It is difficult to define what I loved in a city… Especially when I loved so many things! Hehehehe but it is a fact that I loved the parks of Buenos Aires! And Palermo neighborhood has a high concentration of parks, one next to the other, so you can spend all day.

I recommend to visit the Botanic Garden by Carlos Thays where I entered by chance and I was very surprised. It is not as famous as others, but I recommend a visit. The interesting thing is that it is divided by regions of the world, I spent some time traveling in Italy without having left out of it.

For a first trip required a stroll through the Japanese garden, obviously! And while you’re there, enjoy and go also to “El Rosedal”, a park filled with roses!

The Obelisk is a cliché, but why not! How to go to Buenos Aires and not take a photo in front of the Obelisk? Now the government installed two beautiful giant letters of BA (Buenos Aires) next to him!

The tango show is essential in your tour of Buenos Aires!

Some people think different, but for me know a city is to know its culture and history. It is true that the great tango shows end up distancing the origins of the dance, however, I think that it is a way of keeping alive the memory and tribute to tradition.

There are packages with show, dinner and up to 1 hour of classes of tango. I attended the Madero Tango show, one of the most famous houses of the city, along with Mr Tango and Tango Porteño. The show is like a mega show of Broadway musicals. The taxi driver who took me from the airport to the hotel had warned of this tendency, but I thought I love Broadway! But I really understood what he had wanted me to tell. With all the glamour, you end up losing the essence of the dance. But is something very personal, I liked and I recommend you to experience it to form your own opinion. Many people have recommended me the Tango Carlos Gardel for a more original experience.

Visit the Café Tortoni is a real journey in time. Its furniture (the coffeemaker, the cash register and the stained glass) maintains historical and cultural value. At the beginning of the 20th century, the Tortoni was the place chosen by many artists, intellectuals, poets, and Bohemians. In recent years, the Café Tortoni is frequented mainly by tourists.

The prices are a little higher than in other bars in the area, but it is worth knowing this classic coffee. 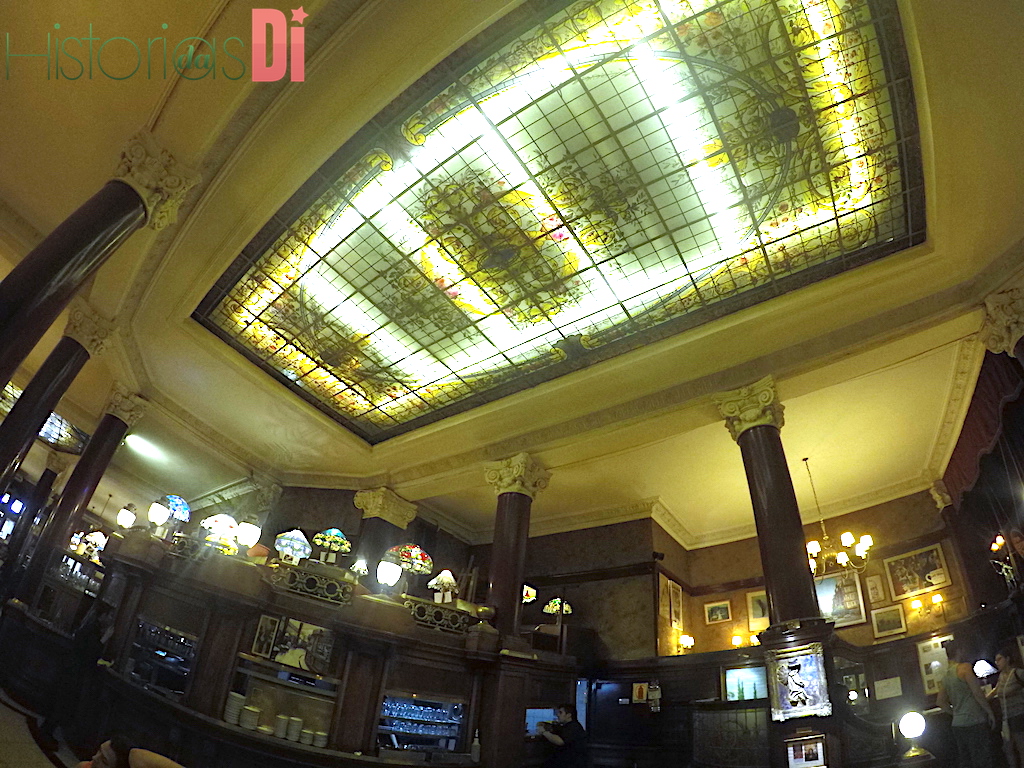 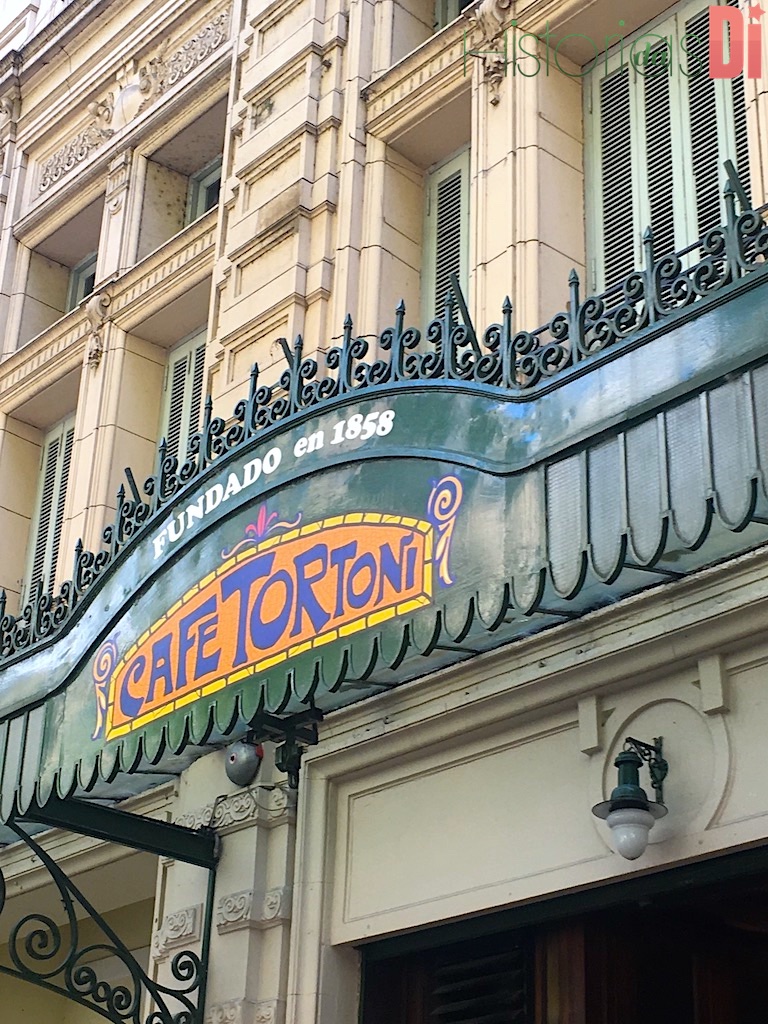 This library is really a blessing! Beautiful, simply don’t want to get out of it. For lovers of reading, it is a library that occupies an old and huge theater that is priceless!

The historical and cultural value is immeasurable and also still has a café piano bar, which it is located on the stage of the ancient theatre. It is really a wonderful place to learn. 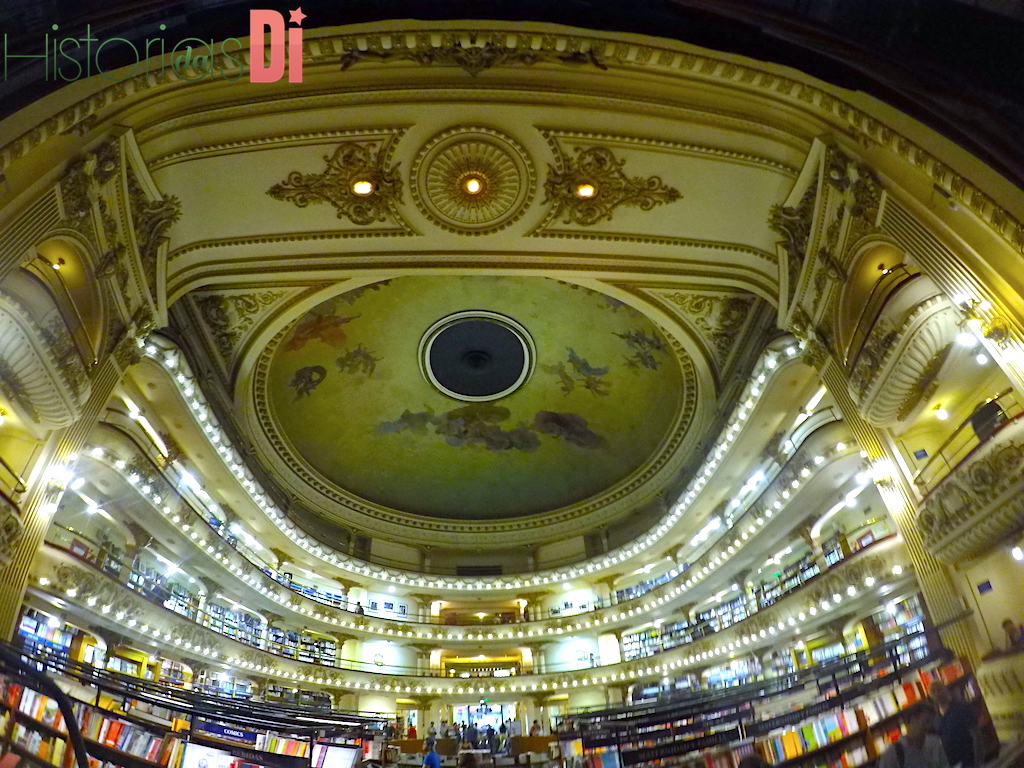 Two gastronomic wonders come together in a perfect combination! Argentine dulce de leche, which it is traditionally known as one of the best in the world, which joins ice cream, mmmm!

Even you don’t have to choose between many ice cream shops. In fact, I can say that I ate in a not so well known and was really delicious!

I recommend our already known Freddo or another famous in Buenos Aires: Volta. But as I said I ate in a less known called Chungo, near my hotel and it was wonderful!

Who has never heard about the famous meat in Argentina? And it is not for less, there is quality meat and very well done.

Many grills there are rodizio style, which in Spanish is called “espeto corrido” in Buenos Aires. Actually works a little different from Brazil, it is more like a buffet, with several areas of preparation of meat. If it’s a la carte prices are more expensive, but the quality is superior.

Some ¨parrillas” in the city that I recommend:  La Cabrera, Don Julio, Siga la Vaca.

Plaza de Mayo is the main square of the city of Buenos Aires. The place was the scene of political life in Buenos Aires, from colonial times to the present.

Its name is a tribute to the revolution of may 1810, which started the process of independence of the colonies in the region South of South America. The political importance of the square is clear to those who visit it because it is there where concentrate political demonstrations in Buenos Aires.

Being the main square the main monuments of the city such as the Metropolitan Cathedral of Buenos Aires, the Government building and the headquarters of the Bank of the Nation are located, and it is also where the famous Casa Rosada is.
Other places to visit